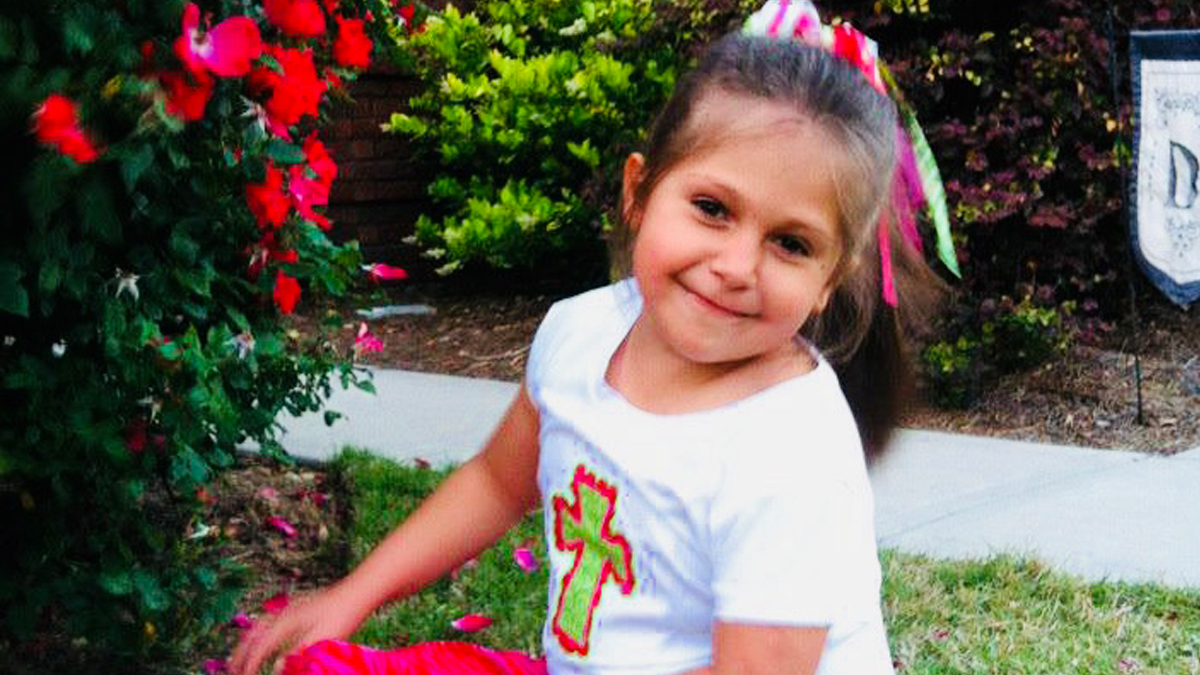 In many ways, Alexi Downing is a typical teen. She loves the beach, riding her bike and listening to music.

These traits have helped the 13-year-old girl, now living in Mount Pleasant, South Carolina, navigates life with an ultra-rare genetic disorder that causes physical and speech impairments, among other challenges.

It took years to get to the root of Alexi’s disabilities, but, thanks to her parents’ perseverance, along with advances in genome sequencing, Alexi was finally diagnosed at age 8-and-a-half with ADNP syndrome.

The complex genetic disorder stems from a mutation in the activity-dependent neuroprotective protein gene, which affects brain development, according to the ADNP Kids Foundation website. The gene also has been linked to autism spectrum disorder and Alzheimer’s disease.

According to rarediseases.org, the exact number of people who have this disorder is unknown. One estimate says that about 1 in 20,000 people in the general population in the United States and Europe are afflicted by it. When Alexi was diagnosed in 2015, there were only 10 documented cases in the world. She is currently one of only 220 children across the globe with ADNP.

“I look at these children as miracles,” Downing said.

With long chestnut hair and expressive brown eyes, Alexi is the middle child in her family. Her older sister is in high school and her younger brother is in the fifth grade.

Born in the Chicago area, Alexi spent the first five years of her life shuttling between specialists at health care centers across the country, including hospitals in Chicago, Boston and other parts of the United States. She later visited the Mayo Clinic in Minnesota. Doctors were puzzled by the young girl’s condition; some suspected low-functioning autism.

Further medical testing revealed she likely had a rare genetic syndrome, though doctors couldn’t match her symptoms to any of the thousands of existing genetic conditions in their databases.

At age 2-and-a-half, Alexi could not crawl, walk or stand. She had language delays and suffered from a sleep disorder and occasional breathing troubles. Over the next few years, she underwent numerous treatments, including occupational, physical, aquatic and speech therapy. At one point, she was up to 10 therapies a week, her mom said.

Because she couldn’t support her own weight, doctors recommended a wheelchair for Alexi. Her parents declined, worried that Alexi’s muscles would become even weaker if she was confined to a chair.

Over time and with continued therapy, Alexi learned to walk with support devices, from leg braces to a pediatric walker. A surfboard therapy machine helped her strengthen her core muscles and improve her balance. The efforts paid off; Alexi took her first independent steps at age 3-and-a-half.

Five years later, Alexi was finally diagnosed by a retired pediatrician, Dr. Joseph Peeden, who ran a diagnostic clinic in Knoxville, Tennessee, where the Downings had moved in 2011 for a job opportunity. For months, the doctor combed through Alexi’s extensive medical records. Through his painstaking research and collaboration with a genetic testing firm in California, he concluded she had ADNP.

“When ADNP syndrome was discovered, we teamed up with parents and key researchers worldwide,” Dr. Gozes said in an email. “Together, with the Downing family and Alexi’s story, we have broadened the description of ADNP syndrome.”

Learning Alexi’s diagnosis gave the Downings hope and helped them connect with other families coping with the disorder.

“Her diagnosis has propelled our family to being rare disease advocates,” Downing said. “A diagnosis does matter.”

The younger children are diagnosed, she explained, the sooner they get proper intervention therapies and medical work-ups, leading to “better outcomes in the future.”

The Downings moved to the Lowcountry in 2015, when Robert Downing took a job as chief financial officer at Palmetto Primary Care Physicians.

When the Downings moved to South Carolina, they heard about the unique work being done at the Greenwood Genetic Center.

“They used their database to locate and find more ADNP children. Some were like Lexi, undiagnosed for over eight years,” Downing explained.

GGC sent some families to the ADNP Foundation and helped start a blood metabolic testing study for ADNP.

“They even expanded it outside to other states so they can study if they see any breakdowns for our children that they could pursue treatments for,” Downing said. “Greenwood Genetic Center has been instrumental.”

Today, with the help of continued therapy, Alexi walks without assistance, though her gait is sometimes unsteady, Downing said. She communicates using modified sign language and her “talker” – a special iPad app with an artificial voice output.

“Everything is reflected in her smile and her eyes,” Downing said of her daughter. “She has so much inside of her that she wants to say.”

This past November, the Downing family traveled to Mount Sinai Children’s Hospital in New York for a special study on ADNP with a team of multidisciplinary doctors that accepts donations for funding. To learn more, visit www.adnpfoundation.org.

There is currently no cure for ADNP syndrome, though the Food and Drug Administration has approved a clinical trial for a potential treatment.

As research continues, the Downing family will forge on with “faith and hope” for Alexi’s future, Downing said: “Love is the answer until we find a cure.”