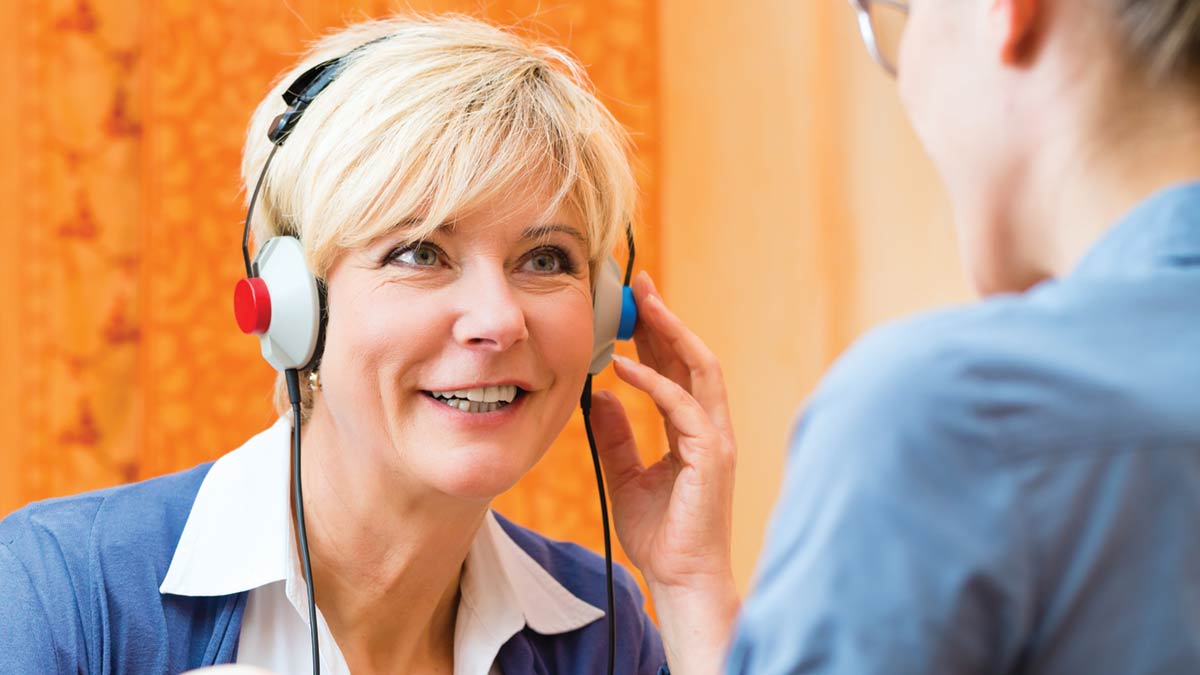 Do you find yourself asking people to repeat themselves often or complain that people are mumbling too much? Can you hear but have difficulty understanding the words? Do you find yourself preferring loud television or radio more than you used to? These are all signs of hearing loss, which affects nearly 40 million Americans, and, if left untreated, can cause a host of other health problems.

“What many people don’t realize is that your hearing is the center of your wellness,” explained Nancy Woods, who owns Holy City Hearing with her husband, Derrick. “Untreated hearing loss can lead to depression, dementia, issues with balance and tinnitus. It is also associated with a shorter life span than for those who wear hearing aids.”

In fact, numerous studies show a strong correlation between hearing loss and depression and cognitive disorders such as dementia and Alzheimer’s.

“People become socially less active and make decisions about where they go and won’t go. Any situation with background noise is not easy for someone with hearing loss, and they withdraw,” said Derrick Woods, who has had ear problems since he was a child. “They get frustrated asking people to repeat themselves, and they get tired of people getting frustrated with them asking. Eventually, they just smile and shake their head and act like they understand.”

Affecting more than just the person with hearing loss, the consequences of a person’s social withdrawal reach spouses, family and friends as well.

If left untreated, those suffering from auditory deprivation begin to lose the ability to translate high-frequency sounds. The brain works overtime to fill in the blanks and read lips, and the problem can worsen into a central processing disorder – more or less resulting in a person not being able to distinguish words.

Luckily, hearing aids can prevent, alleviate and even reverse many of these problems if they are treated early enough.

“A patient who gets only 30 percent on a word test before hearing aids may not get any better if a central processing disorder has already occurred. But if treated early enough, hearing aids can help increase their word test scores to 90 or 100 percent,” Derrick Woods explained.

One thing both Woods’ emphasize is wearing hearing aids all the time so that the brain is constantly being stimulated and interpreting sounds. They also strongly recommend those with hearing aids visit a hearing specialist every four months. Not only does your ability to hear change over time, but hearing aids often need to be adjusted, cleaned or reset.

“We don’t charge for consultations, hearing tests or revisits. That’s because it is so important that anyone having trouble hearing can feel comfortable asking for help when they need it – their health is at stake,” said Derrick Woods.

Because he was his own first customer at Holy City Hearing, Derrick Woods understands the physical and mental learning curve it takes to use hearing aids correctly. Most people take a few weeks to get used to their new hearing aids, he said.

“Ultimately, we’re here to help improve the quality of life for those with hearing loss. Depression, balance issues and tinnitus can be alleviated, and the likelihood of developing dementia or Alzheimer’s is lessened. A small but significant improvement like hearing aids can quite literally be life-changing,” he said.